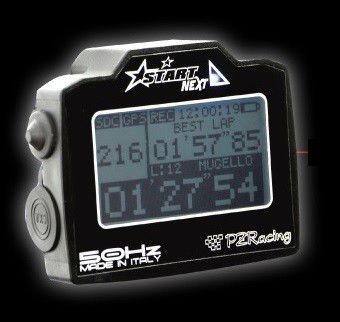 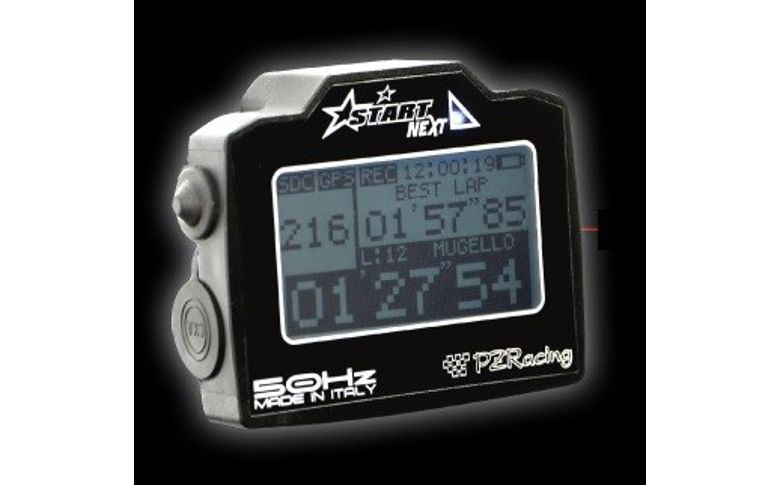 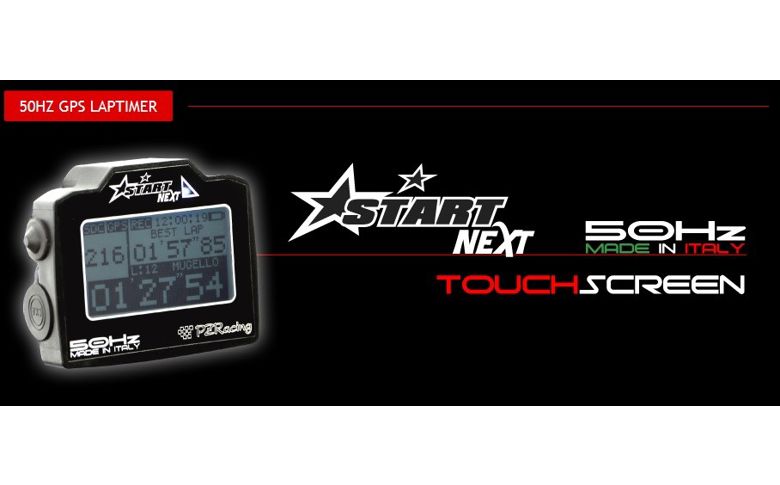 Start Basic and Start Next are the only chronometers in the world that use a GPS receiver with a sampling rate of 50Hz guaranteeing accuracy of lap times to one hundredth of a second and precision visualization of GPS trajectories which no other chronometer commercially available on the market today is capable of offering. The new Start devices use a touch screen display with “Glove Sensitive” technology, allowing the rider to use the device even while wearing gloves, whilst the icon menu make navigation easy and intuitive. The new range of chronometers use an SD memory card, thus eliminating data download times and reducing the probability of using up all the device memory. Thanks to automatic detection and a global database, the circuit will be automatically detected by the chronometer without the need to press any key. Start Basic is the entry-level version, without data acquisition; lap times are visualised directly on the display. Start Next memorizes GPS trajectories, speed, the direction and acceleration thereby allowing riders to study and analyze their performance on the PC. It is possible to connect both models to the Box Expander modules.
50Hz GPS integrated receiver: the only lap timer in the world with a revolutionary 50Hz GPS receiver; detecting the position 50 times per second Start is able to calculate lap times and draw trajectories with extreme accuracy.
Touch Screen: say goodbye to uncomfortable buttons, Start is equipped with a touch screen with “Gloves Sensitive” technology that allows use even with gloves. The touch screen makes using Start simple and intuitive thanks to the icon menu.
3 split t
2_Start_ST200_eng.pdf 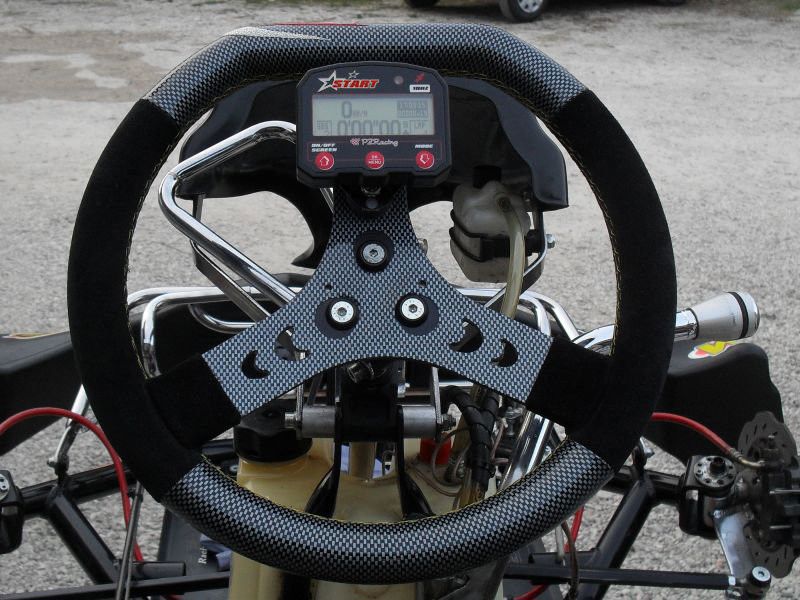